My recently published article “Why Should You Try to Generate as Many Project Proposals as Possible” has generated a lot of interest here and several of my friends reached out to me on various forums with the following question:

OK, we get that you need to generate as many project proposals as possible. But how do you do that?

One of the first steps to collecting the maximum possible number of proposals is to make the submission process simple. One of the tricks used by some of my clients was to publish the finalized version of the scoring model on the company Intranet that was accessible to all company employees. Another organization went as far as printing the scoring model on large posters and hanging them around their company's office, including the offices of the key decision makers (see Table 1). 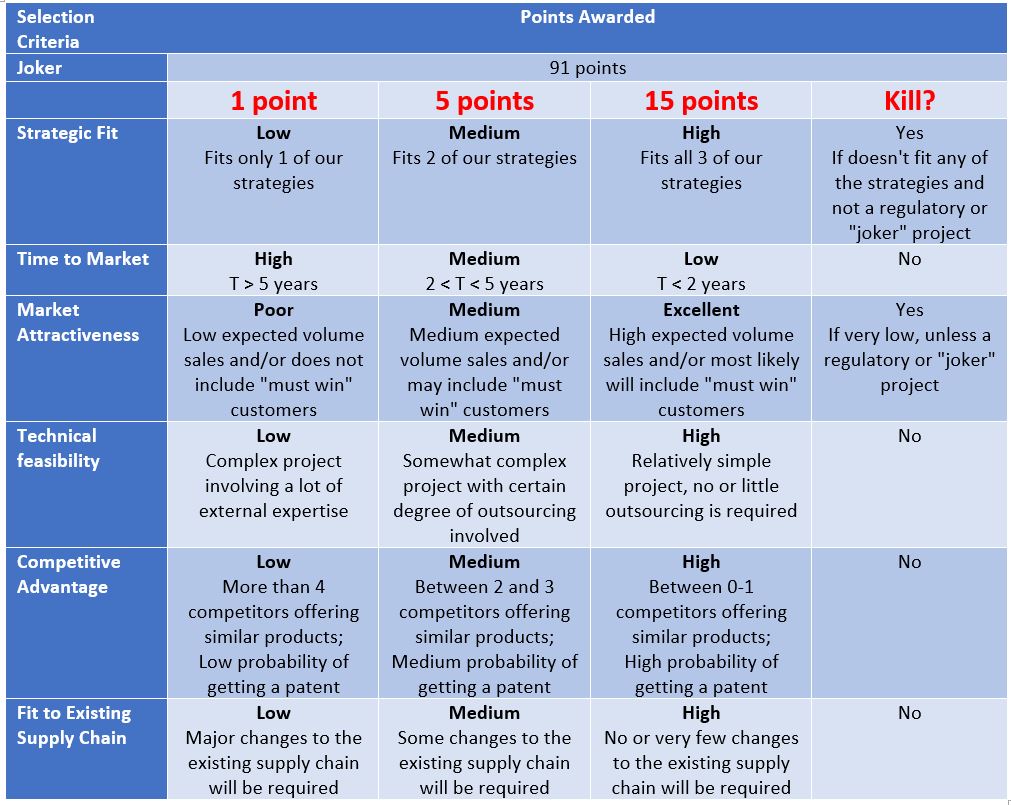 Some other valuable strategies for maximizing the number of project proposals include: