Katanas, or as we also know them the samurai swords, emerged in Japan sometime between the 12th and the 14th century during the Kamakura Period. Historians believe that katana has replaced the longer and heavier predecessor tachi because it could be drawn faster, thus allowing the samurai to draw the sword and strike down the enemy in a single motion.

Katanas were extremely sharp; the sword was designed to cut through the iron-plated armour. The legend has it that the best katanas forged by Japanese blacksmiths could cut through four to five individuals standing next to each other in one single stroke!

Another legend claims that katanas were responsible for saving the Japanese from the Mongol invasion in 1274 when badly outnumbered Japanese warriors were able to hold off an invading army of Kublai Khan until their fleet was destroyed by a typhoon.

Modern weapons experts consider katanas to be the best cutting tools ever made by humans as they combine two unheard of before attributes: razor sharp and yet resilient blade that could withstand considerable blows. The eternal problem that the blacksmiths had to deal with for thousands of years before was the fact that the hard steel was very fit to be sharpened, but the tempering (i.e. heating followed by fast cooling) process left the steel very brittle and susceptible to breaking from blows.

On the other hand, the steel that has undergone a slow cooling process remains relatively soft and thus better able to withstand strikes without breaking, but loses the ability to maintain the sharp edge.

Thus the Japanese weapon makers had to deal with the eternal and seemingly unsolvable issue: how do we make the sword blade hard enough not to lose its edge when sharpened and yet soft enough not to break when struck by other weapons?

They came up with an ingenious solution to address this centuries-old problem. The first step involved selecting the best samples of low-carbon, soft steel and high-carbon hard steel available. The each piece is repeatedly forged by heating and folding it numerous times to create a layered structure and work out all the impurities.

Later a high-carbon band of steel is heated again and bend into a U-shape, whereas the soft, low-carbon piece is inserted into the center (see Figure 1). 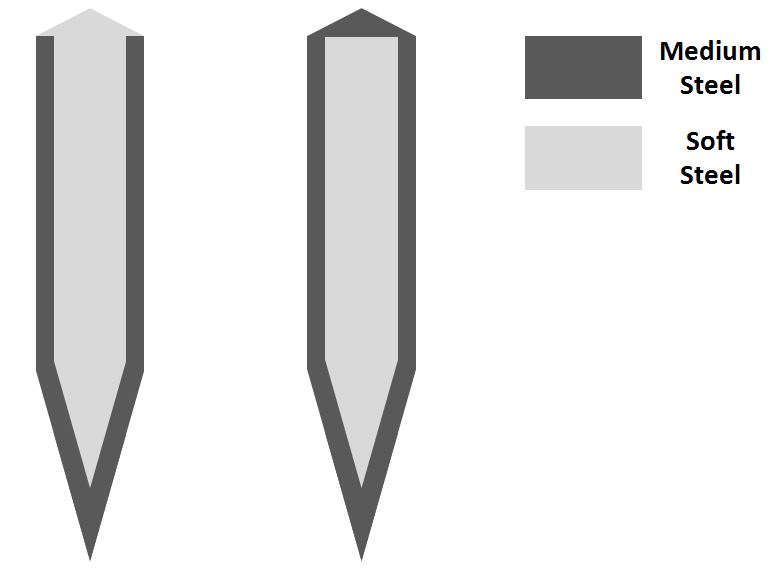 The next stage involves taking the untempered blade and covering its top part with a secret mixture including clay and ash (see Figure 2). Then the blade is reheated and quickly dipped into cold water several things happen simultaneously: 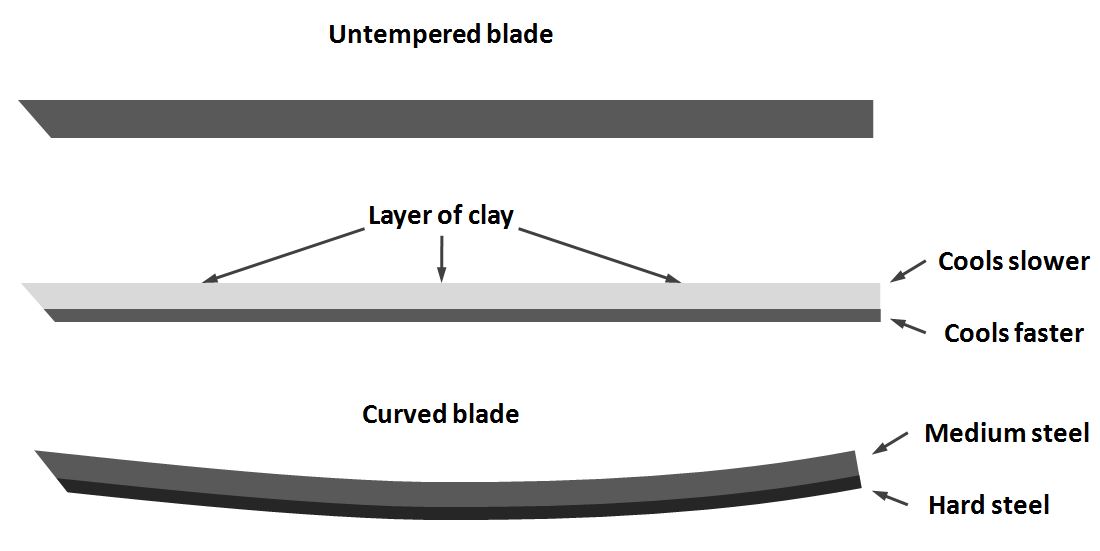 The end result of this procedure is a curved blade with a softer more flexible core and a very hard and sharp cutting edge. Figure 3 shows the two of the many available types of swords produced by Japanese craftsmen - the Honsanmai and the Shihozume. 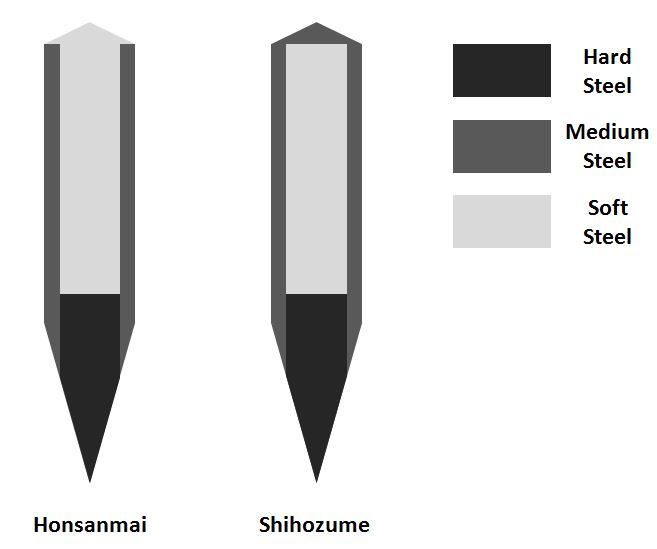 The story of the Japanese katans demonstrates how the proper approach to the design of the product - proper problem formulation, identification of key objectives and finding creative ways to address these issues - can enable the project teams to come up with ingenuous products.

This is an excerpt from my new book “Project Scope Management: A Practical Guide to Requirements for Engineering, Product, Construction, IT and Enterprise Projects” that is being published by CRC Press The book should soon be available on Amazon.